How to Fullproof Your Existing CCTV System. 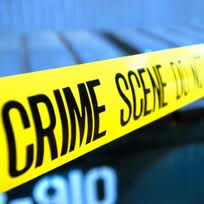 In Recent times, CCTV systems are getting more sophisticated but so is its vulnerability as the technology is becoming more and more commonly accepted. In this article we discuss various solutions- Specially designed DVR cabinets, Hidden Cameras, Intermediary recording devices, which can be installed to make existing CCTV solution more secured.

It has been widely publicized in numerous cases how intruders have manage to get away from theft easily,  in-spite of a highly sophisticated surveillance in place. Only due to lack of evidence which are primarily from CCTV recordings. Local criminals have managed to break away the camera or some more knowledgeable ones have even stolen the DVR depriving the authorities of all evidence whatsoever. The need of the hour is to upgrade the existing system making them more full -proof by safeguarding the more important component of the system- DATA. These are few devices which are a must to insure Data Safety for existing CCTV systems.

One way of ensuring that Digital Recorders are safe is to install wooden cabinet and metal casing specially designed for hosting DVR. One such product is developed by Digitals India called Wooden wall mountable cabinet. This is ideal for On-site locations where it ensure that DVR is locked and safe from intrusion. Its dimension makes it ideal for DVR storage and it also acts as a space saver since it can be wall mounted. Other such product is Wall mounted lockable metal cabinets for ATM DVR installed at remote locations.

Since CCD cameras have been available, the size of cameras has reduced considerably. The Mini cameras or Pin -hole camera are available in various models and specifications.  These cameras can be mounted in a concealed manner, invisible to the human eye. These cameras are helpful in the situation where the criminal manages to vandalize the visible cameras. These cameras manages to capture the natural actions of the criminal without his/her knowledge. Here you can read more about  DISVU Mini Cameras.

Another more sophisticated technology is inclusion of Vandal proof cameras in the system. These camera can withstand high pressure and vandalism. DISVU , a In-house brand for digital surveillance by Digitals India offers  Vandal proof dome camera.

The Need for the hour are the Intermediary recording solution which will act as backup recording in case of infringement of surveillance devices. DISVU PIR DVR is one such device which translate the present security system into a backup surveillance system. The PIR DVR comprises of the standard application of PIR Sensor integrated with HD Camera for image capturing of a personwho trespasses in front of the PIR Sensor when the Alarm system installed in activated and the PIR DVR is in ON Mode. It primarily works as a PIR sensor and activates the alarm during trespass done illegally when the Burglar Alarm system is in activated mode and also it takes a snap shot of the person who comes under the scanning area of the PIR sensor. Normally it reads up to 10 mtrs diagonal range of reading.Further, it also immediately records a 30 seconds movie which can easily be played in any standard media player.

One can go for one or all of these extremely helpful devices for Data security in surveillance systems. After all The whole objective of the system is to safeguard information for future reference and evidence.


RESEARCH LAB@DIGITALS INDIA
We at Digitals India are focused at developing customer centric electronic security solutions. Many of our products and solutions are researched and developed based on user feedback and suggestions. We would like to hear from you about the unique set of problems, product suggestions and requirements at di.smv@digitalsindia.com.

Email ThisBlogThis!Share to TwitterShare to FacebookShare to Pinterest
Labels: CCTV, How to, latest products